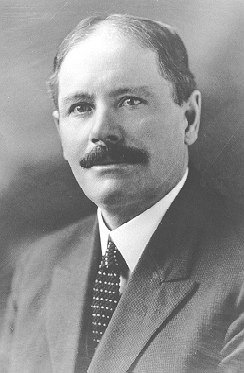 James Murphy was born and raised in West Liberty, Iowa, before, at the age of 21, moving to Thunder Bay to work in the coal industry. In his early years at the Lakehead he gained valuable experience as a contractor, primarily for the Canadian Pacific Railway, and in a number of other business ventures before, in 1903, establishing the James Murphy Coal Company. Soon he was shipping fuel throughout Northwestern Ontario and into Manitoba. The business, and his many years as president of the Daily Times-Journal newspaper, gave him a strong presence in the city.

Murphy was perhaps best known for his involvement in a wide variety of charities and community organizations such as the McKellar Hospital board, the Separate School board, the Catholic Young Men’s Association, and the Twin City Auto Club. Though he was never ostentatious about his good works, people knew that James Murphy could always be relied upon to support a good cause. On one occasion, he took the students of McDonald Street School aboard his tug the Mary Ann for a day-long excursion and picnic. Indeed, he built and furnished a large public park that bore his name in Vickers Heights.

His role in public service was also exemplary. As chairman of the Fort William Water and Light Commission, he was largely responsible for bringing water and electricity to homes in 1898, and as Mayor of Fort William in 1907 and 1908 he helped Fort William achieve city status.

James Murphy is remembered today as a man of honour whose word was always as good as his bond. As his 1928 obituary concluded, his name “was synonymous with … good citizenship, with religious adherence to those qualities of brotherly love, of faith, of honesty and integrity that go to make a noble citizen.”