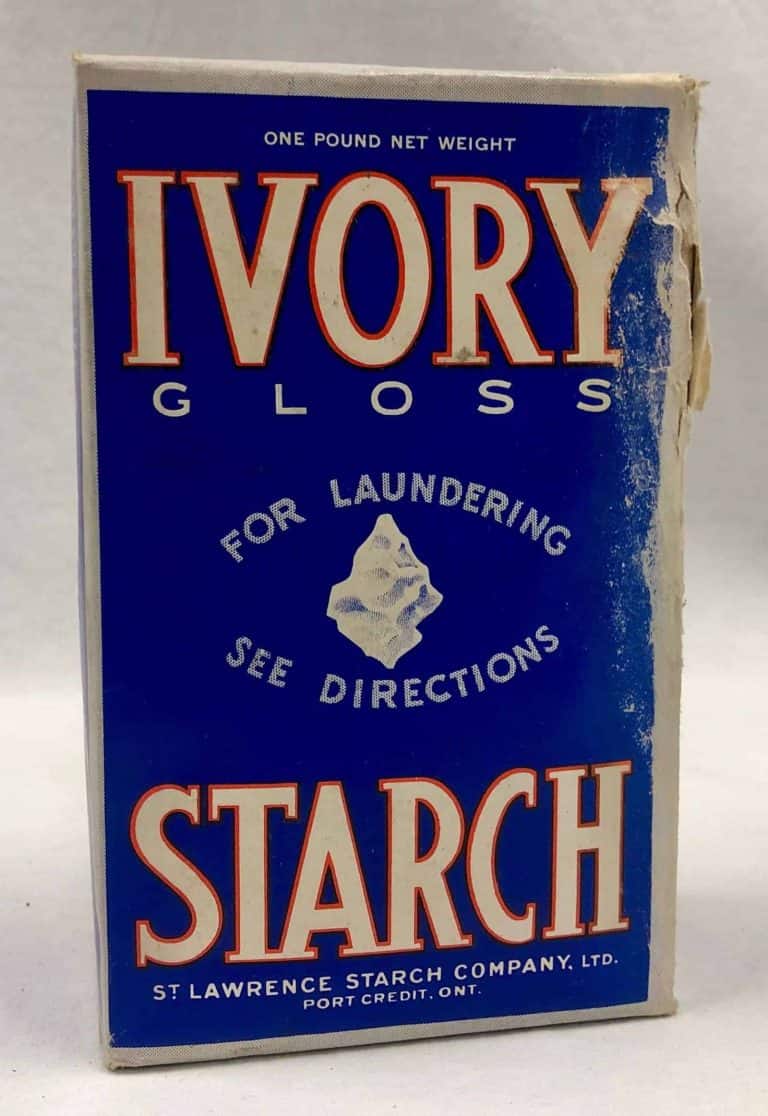 This is a container of Ivory Gloss Starch from the St. Lawrence Starch Company in Port Credit, Ontario. The company, established in 1889, was a major Canadian manufacturer of corn-based starch. The products, such as the one shown here, were produced for the pulp and paper, textile, grocery, and pharmaceutical industries. Following a 1987 government imposition against subsidized American grain corn, the company was forced to downsize. In order to regain prominence, St. Lawrence Starch formed an alliance with the A.E. Stanley company to distribute their starch in Canada once again. The St. Lawrence Starch Company is still in business today as a much smaller privately own company.

Key to the City