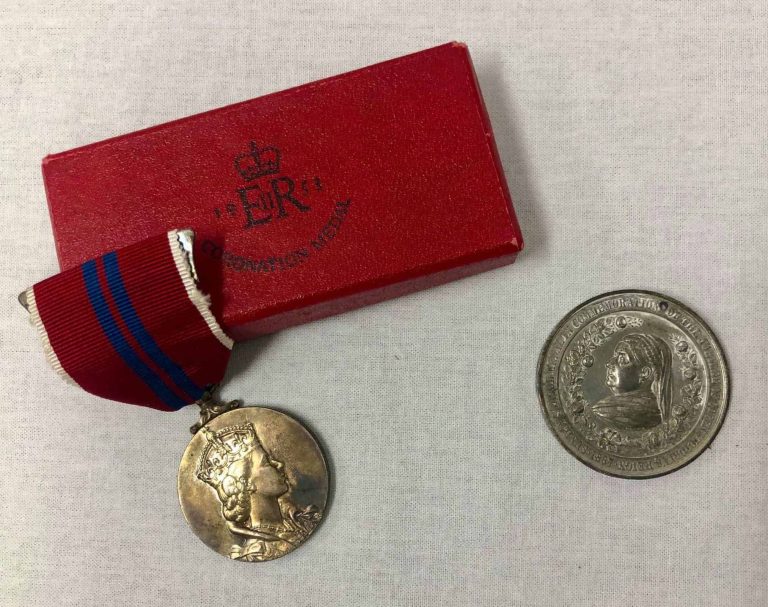 These artifacts are a medal and coin commemorating two Queens. The medal commemorates the coronation of Queen Elizabeth II, when she was crowned on June 2nd, 1953. She acceded to the throne on February 6th, 1952 but was not officially coronated until the following year. Queen Elizabeth II is still currently the Queen. The coin is a commemorations of the Jubilee of Queen Victoria’s reign in 1887. Queen Victoria ruled the United Kingdom from 1819-1901. She was also Empress of India from 1876-1901.