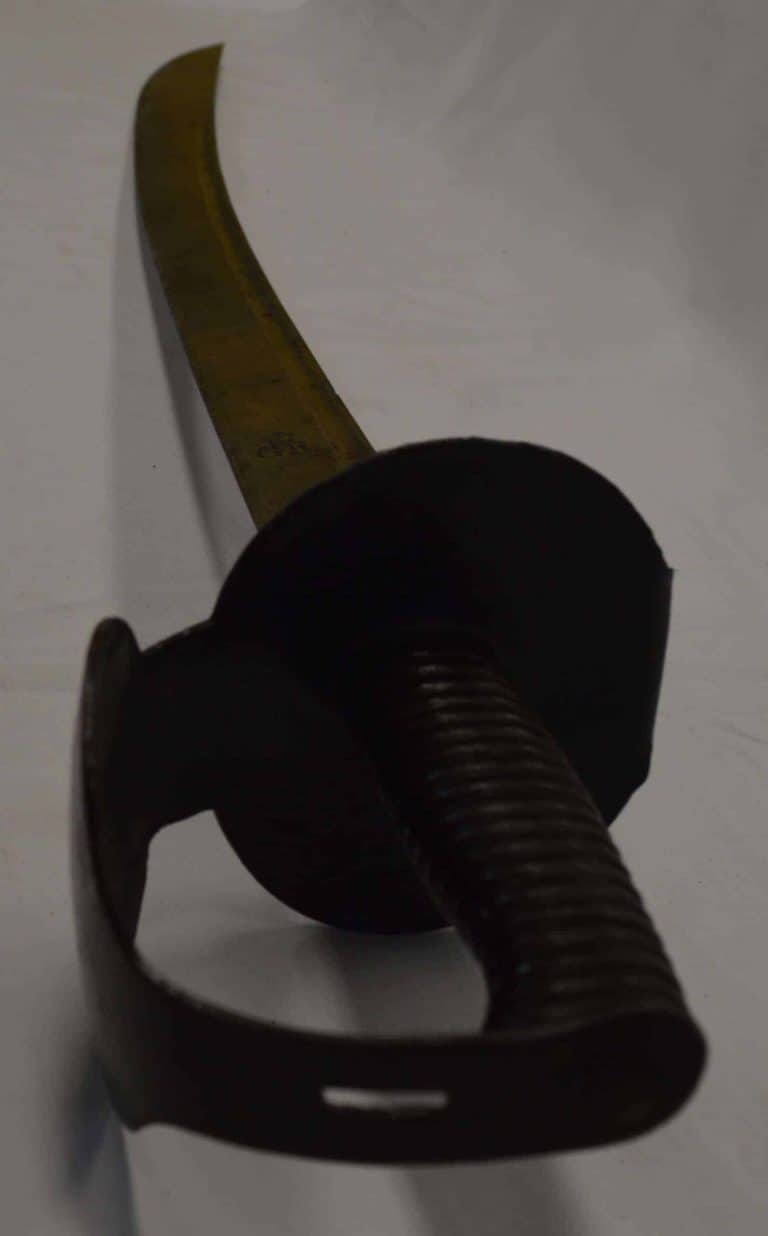 This sword is a British Royal Naval Cutlass from the time of the War of 1812. Swords, such as this one, were used in many naval battles including the infamous Battle of Trafalgar. The original design of such swords was created in 1804, when a standardized design was adopted by the British Navy.