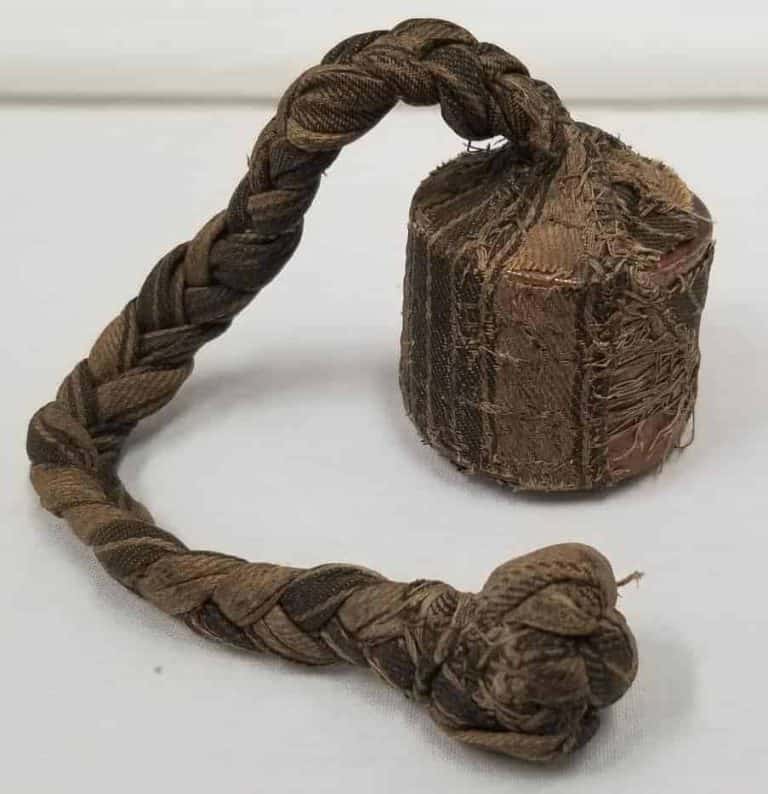 Made by a prisoner in the Port Arthur jail in 1899 this artifact is known as a Black Jack. Oliver Prevost was awaiting his execution for the murder of two French Canadians. Prevost and his mistress Rosanna Gauthier had committed the crime years earlier. Gauthier turned Prevost into the authorities and he went to trial. A very good account of the trial is found in our director’s article in the 1984 “Paper’s and Records” (a book we publish every year). Prevost was found guilty and was sentenced to hang. He made the blackjack in an attempt to escape. This attempt filed and on March 17, 1899, he became the first person to be executed by hanging in Port Arthur.