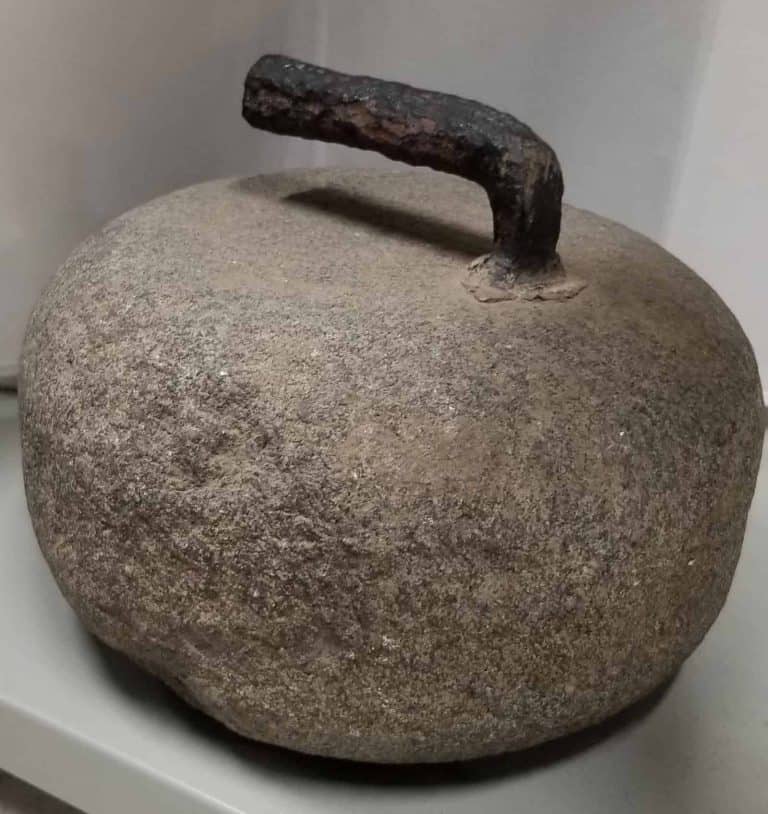 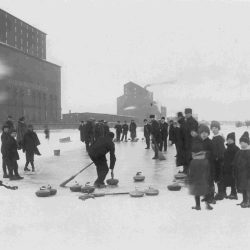 Circa 1885, possibly made with granite, with a curved metal handle, says to be one of the 8 original curling stones to be brought to Fort William from London, England.

Curling, or “the roaring game,” is one of the oldest team sports that originated in Scotland during the 16th century.  Early stones found (from 1511), had no handles and handles were later added in the 1600s.  Curling was often played on frozen ponds and lakes as you see in the below photograph (curling on the Kam River) but curling competitions are now played inside.  There are two teams in curling, each with eight stones and a broom.  The object of the game is to throw and sweep the stones to the circular target (the house) to collect the highest score.