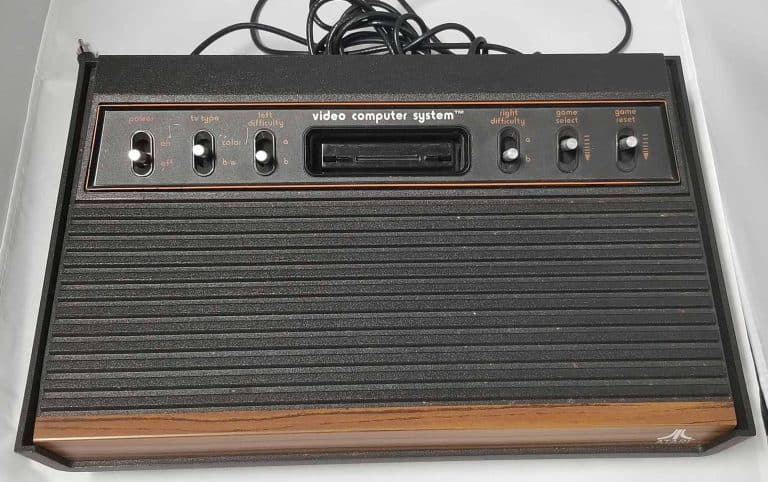 An Atari video game with controls and cartridges.

Nolan Bushnell and Ted Dabney founded Syzygy Engineering in 1971 and designed “Computer Space” an arcade video game.  The name Syzygy was already in use so they changed the name to Atari after a move in the game called “Go.”

Pong was designed by Al Alcorn and it was an immediate success and it was followed by many variations of it such as “Super Pong,” and “Quadrapong.”

Atari then had the idea of producing video games for the home.  In 1977 they released a console with hookups, a game cart, and controllers.

On another page you’ll find all sorts of Atari games!  Did you know that Nolan Bushnell was the one behind the creation of Chuck E. Cheese?

Where is the Cow?