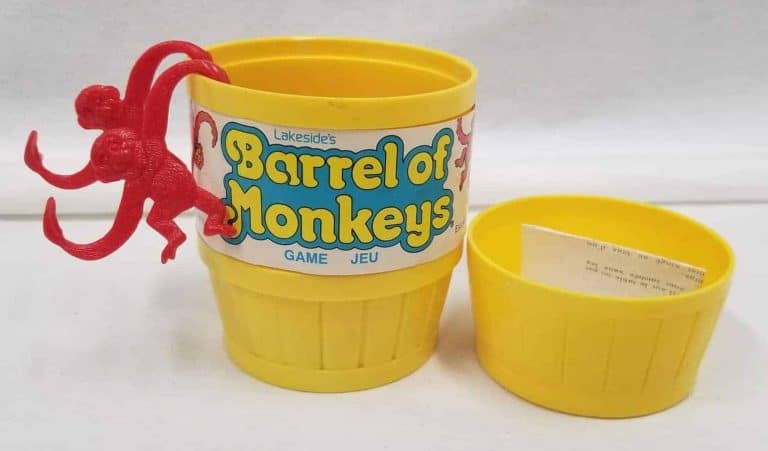 Barrel of Monkeys is a game that was released in 1965 by Lakeside Toys.

Created by Leonard Marks and Milton Dinhofer, the prototype of this game was called “Chimp to Chimp.” You’ll find this toy in all sorts of colours ranging from blue, orange, green, gray, red, yellow, and purple. The goal is to create a chain of monkeys until a monkey is dropped.