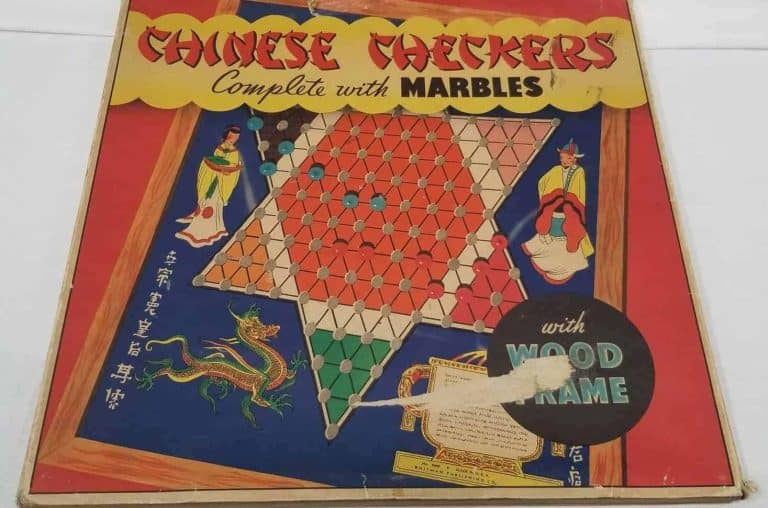 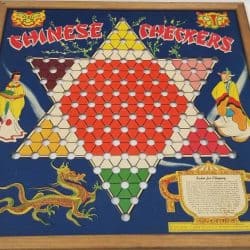 This is the game Chinese Checkers from 1939 made by A. Whitman Publishing Co.  Despite being called Chinese Checkers, this game was invented in Germany in 1892 under the name “Stern-Halma.”

The name Chinese Checkers originates in the United States by Bill and Jack Pressman in 1928.  This game can be played with two to six players and the object is to get all your pieces from one side of the board to the other.