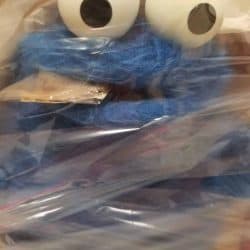 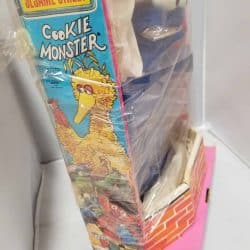 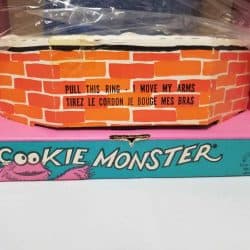 Cookie Monster appears on Sesame Street and is best known for eating cookies and his catch phrases of “Me want Cookie!” or “om nom nom nom.”

Cookie Monster did not start off as he did, in 1966 he was introduced as Wheel-Stealer and had sharp pointed teeth. In 1967, he changed again to have dark green fur but still had his sharp teeth. In 1969 his name was Arnold, he was purple, and had no teeth. Later that same year, the blue fur puppet known as Cookie Monster came to be.