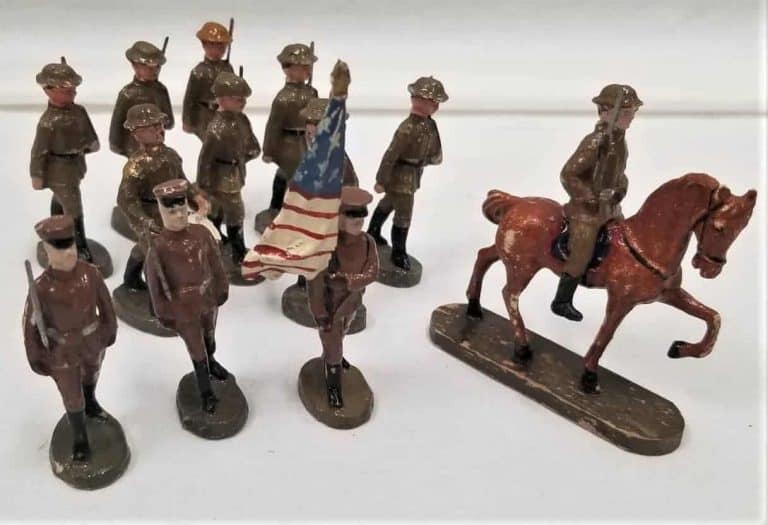 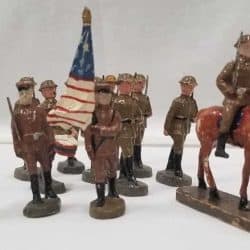 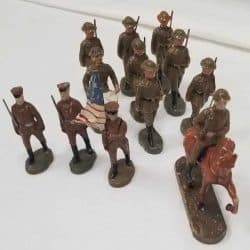 In the late 1930’s, Bergen Toy & Novelty Co came out with the first American toy soldiers that were made out of plastic. Prior to the plastic, many toy soldiers were made from tin.

These toy army men came in a variety of poses holding items such as rifles, pistols, grenades, radios, or were empty handed. Following WWII, the toy soldiers were modified to the outfits and weapons used during this war. These soldiers and equipment are Elastolin, which is a trademark used by a German company called O&M Hausser. They are also from the 1930’s.