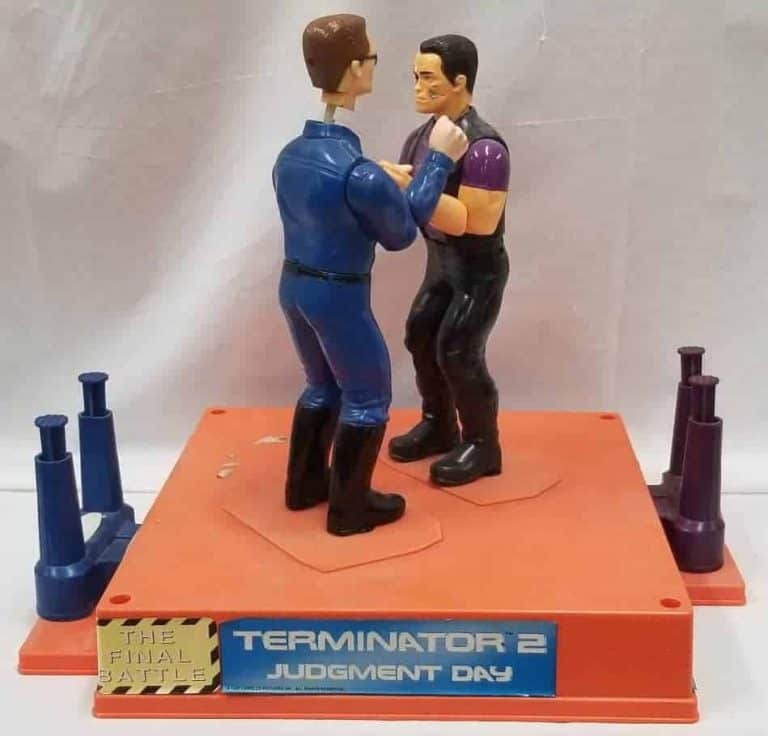 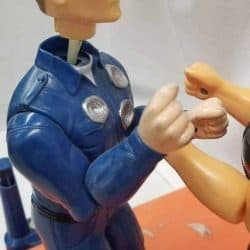 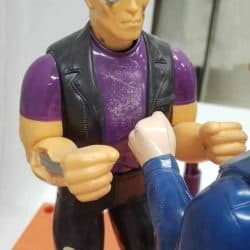 A popular wrestling game from 1992.

This game features Arnold Schwarzenegger as the good guy and a blue robot as the bad guy.  The game is called Terminator 2: Judgement Day, The Final Battle and is named after the movie with the same title.

The object of the game is to hit the opponents head which would fly up.