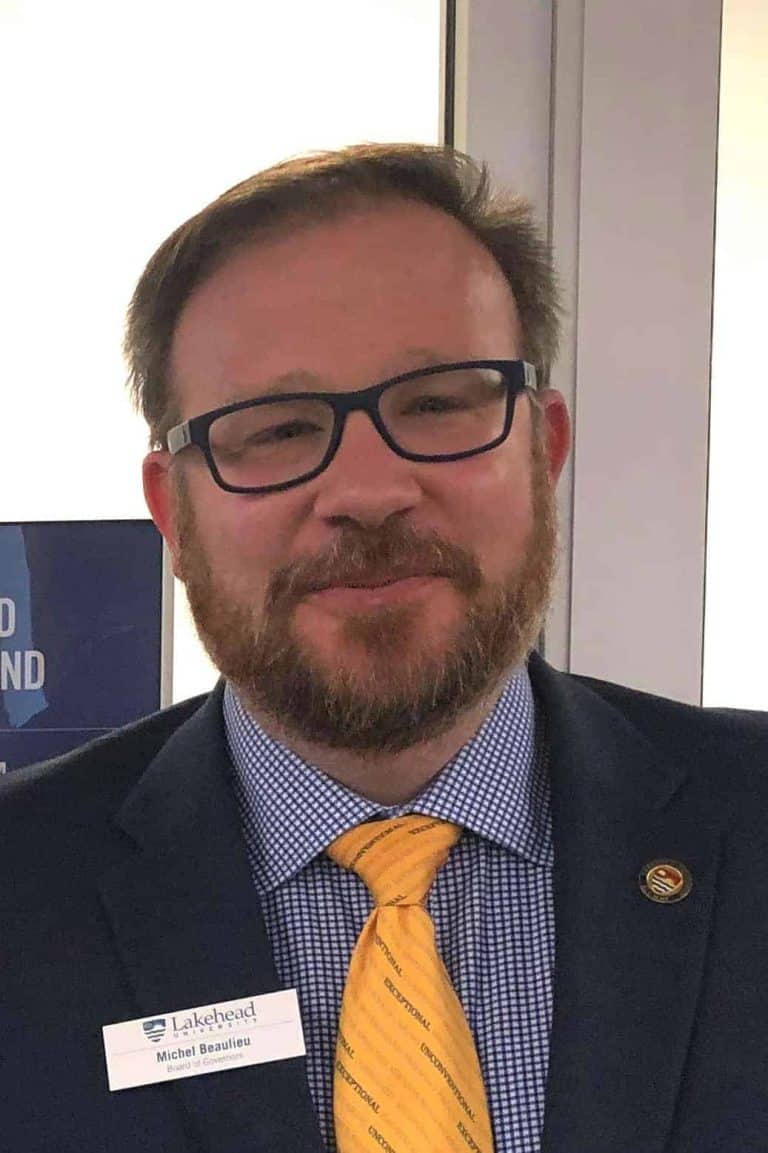 An award-winning historian, Michel’s research and publications explore the social, economic, and political history of Northern Ontario. Michel also currently serves on a number of regional, provincial, and national organizations. Currently, these include President of The Champlain Society, President of the Ontario Historical Society, and a member of the Board of Directors of the Multicultural History Society of Ontario. He is a past member of Lakehead University’s Board of Governors.

In 2021, the Minister of National Defence appointed Michel as the Honorary Colonel of the Lake Superior Scottish Regiment. Between 2018 and 2021, Michel held the rank of Honorary Lieutenant Colonel. In early 2019, Michel also became a member of the Manitoba and North West Ontario Regional Council for the Canadian Forces Liaison Council (CFLC).

A complete profile can be found at http://msbeaulieu.lakeheadu.ca or https://www.linkedin.com/in/msbeaulieu/