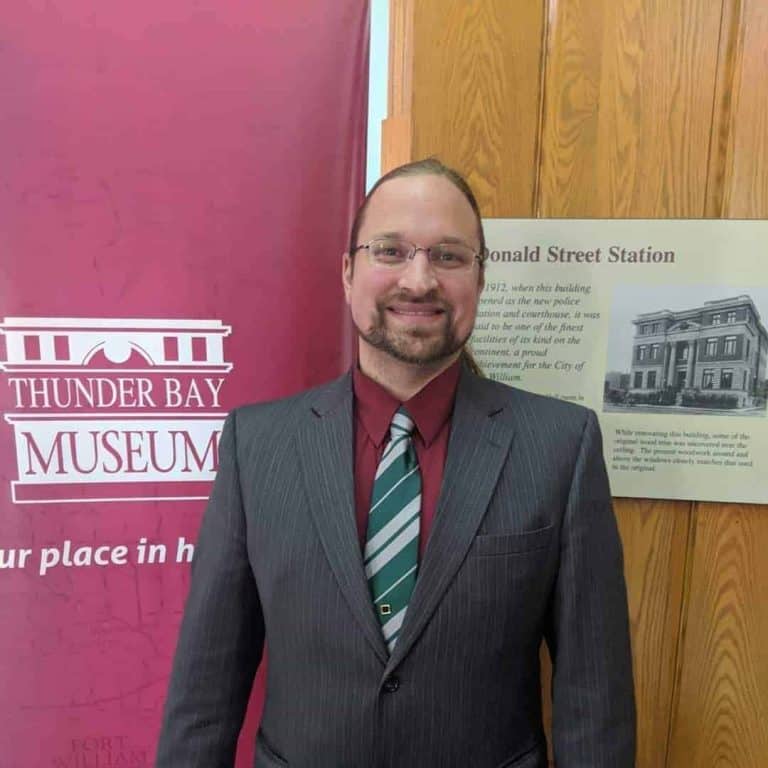 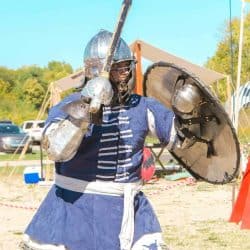 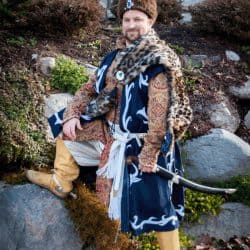 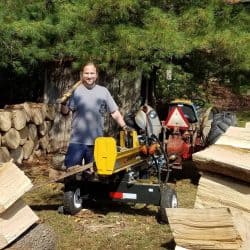 Scott Bradley assumed the position of Executive Director with the Thunder Bay Historical Museum Society on 13 January 2020.  Mr. Bradley, who reports to the Board of Directors, is responsible for managing all aspects of the Thunder Bay Museum including programming, finances, facility management, fundraising, staff supervision, and volunteer recruitment and co-ordination.  Also dealing with media relations, promotions, contract administration, and facility maintenance.  Oversee, motivate, encourage, and energize people, build relationships with external stakeholders, and create an impact in the social, cultural, and political environment in which the organization operates.

Scott previously worked for the National Museum of the United States Air Force located at Wright-Patterson AFB in Dayton, Ohio from 2002 to 2019.  Scott worked in the Collection Management Division of the National Museum, as a project manager for capital projects, exhibits, and assisting in the management of the artifact collection, specializing in uniforms, firearms, and munitions.

Mr. Bradley’s journey to Canada from Ohio is a complex one.  Born in 1980, he lived the first 9 years of his life with his parents on a back-to-the-earth farm in Meigs County, Ohio.  After his parents divorce he lived the remainder of his childhood in Yellow Springs, Ohio (with weekend and summer visits to the farm).  Much of Mr. Bradley’s childhood was associated with farm life and the outdoors.  Through school he was a competitive swimmer with the Dayton Raiders swim club and went on to swim on scholarship the first two years of university.  Another passion was Dungeons and Dragons, which Mr. Bradley played regularly from the age of 10 until his late 20’s.  It sparked his passion for history and learning.

Mr. Bradley is a long time medieval re-enactor with the Society for Creative Anachronism.  He got started with the SCA in the spring of 2000.  The SCA is a worldwide non-profit educational organization dedicated to experimental archaeology.  He participates in full armoured western marshal arts, archery, sewing, cooking, brewing, leatherworking, and many other crafts.  For his fighting proficiency Mr. Bradley has been recognized in the organization with the rank of Knight of the Order of Chivalry. He is also a novice woodworker building furniture around his house as needed.  In addition he enjoys hiking, gardening, camping, video games, movies, and of course spending family time with his wife Jennifer and their two children.

Mr. Bradley is a contract lecturer for Museum Studies at Lakehead University.  He has been a regular presenter at the USAF History and Museums Career Program, Curatorial Course as well as an occasional presenter at the Smithsonian, National Air and Space Museum’s Mutual Concerns Conference.  Mr. Bradley also gave annual lectures at Wright State University to first year graduate students on hazards in museum artifact collections.  He currently sits on the Ontario Historical Society’s Museum and Affiliate Committee, Ontario Museum Association‘s Awards of Excellence Committee, City of Thunder Bay’s Tourism Investment Committee, and is the chair of the Arts and Heritage Alliance of Thunder Bay (AHA).