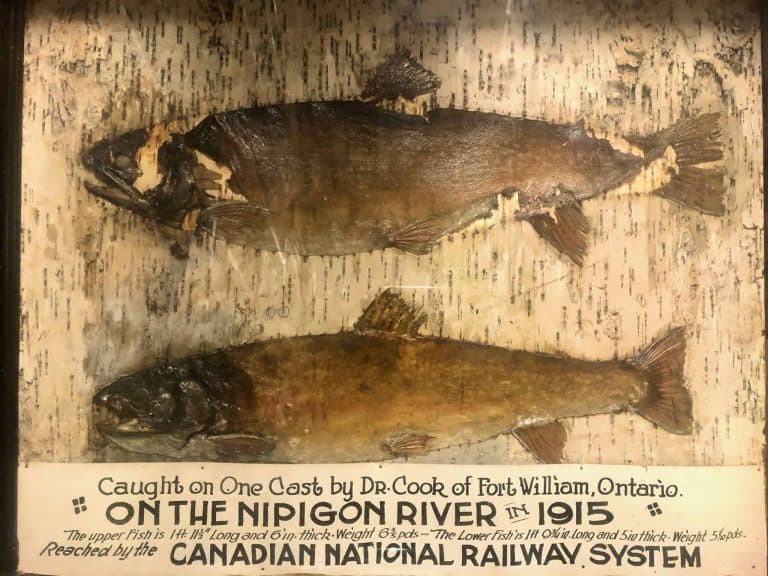 This is a framed visual of two fish caught by Dr. Cook a prominent doctor and fisherman in Fort William, Ontario. In 1915, the Fort William Daily Times Journal deemed he was the “captor of the largest speckled trout known,” claiming he had caught the largest fish of its kind in the entire world. Specifically, these two fish of his were caught in 1915 on the Nipigon River in supposedly one cast.