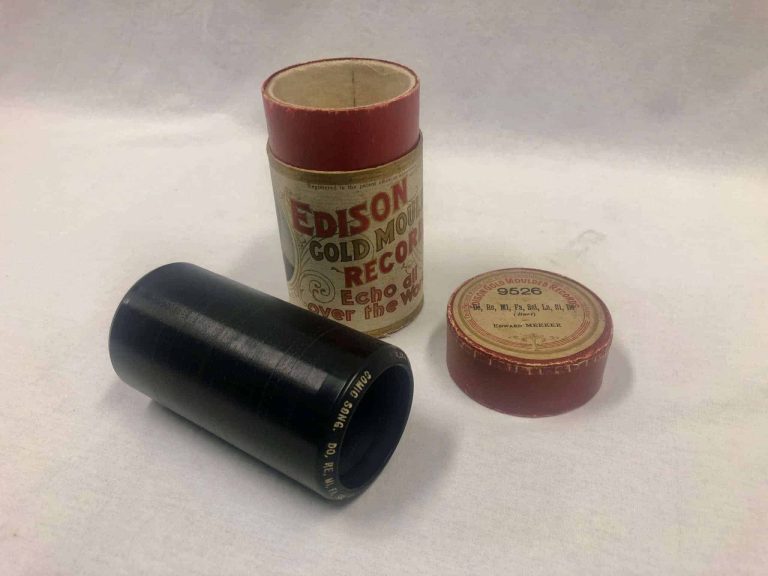 This is an Edison cylindrical record from our collection of 37 different records. The standard system in which to play these records was decided on by Edison Records in the late 1880s. These records were introduced around 1890 and were as popular as disc records until the 1920s. These records were played on a Gramophone and played a single song each. This specific record plays the song Do, Re, Mi, Fa, Sol, La, Si, Do by Edward Meeker.