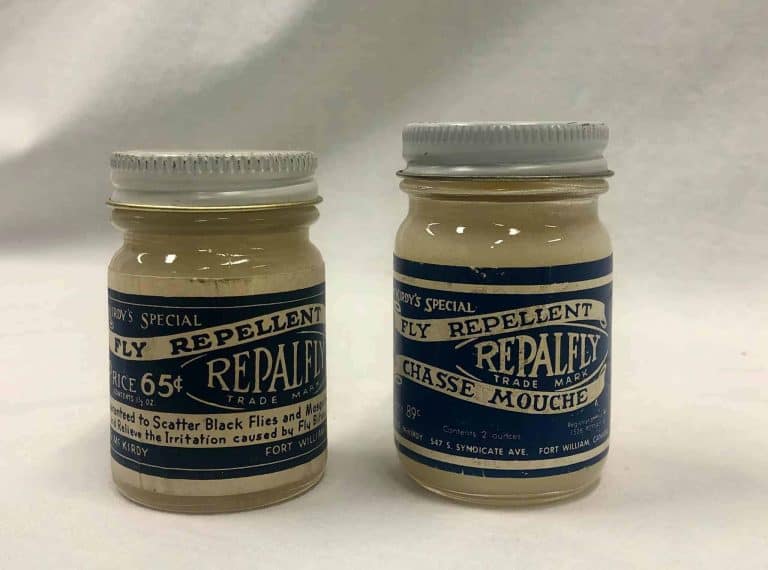 This is an insect repellent made specifically for flies made in Fort William, Ontario, now modern-day Thunder Bay. The product was created at the end of the nineteenth century in Nipigon, Ontario when William McKirdy experimented with mixtures that made the blackflies bearable. The product was later developed in 1906 and patented in 1911 as an “alleged new and useful improvement in fly repellants.” The final product was called Repalfly, which the main component being citronella imported from Ceylon. William McKirdy’s son Jack, moved production to Fort William, on Syndicate Ave. Repalfly went out of production in 2010 as a result of regulatory changes, but in 2021 commercial production was able to start again.