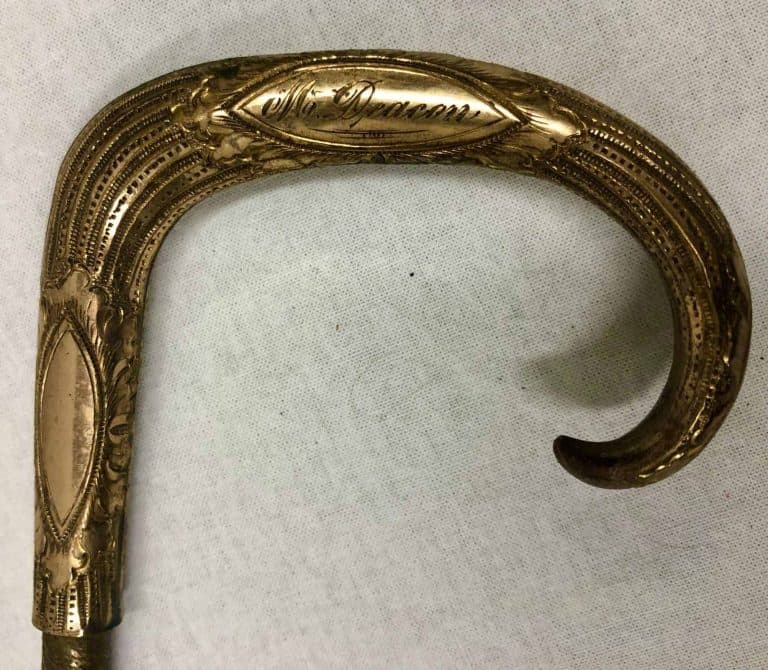 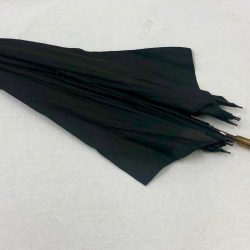 This is a black cloth umbrella from c. 1890. It belonged to M. Deacon, the grandmother of a prominent Thunder Bay socialite Mrs. McLaren. Umbrellas, originally known as parasols, were first documented in ancient China, with many accounts in ancient Egypt, Rome, Greece, and the Middle East as far back as 4000 years ago. They were seen as status symbols of the wealthy, and now are simply items that protect you from a rainy day.