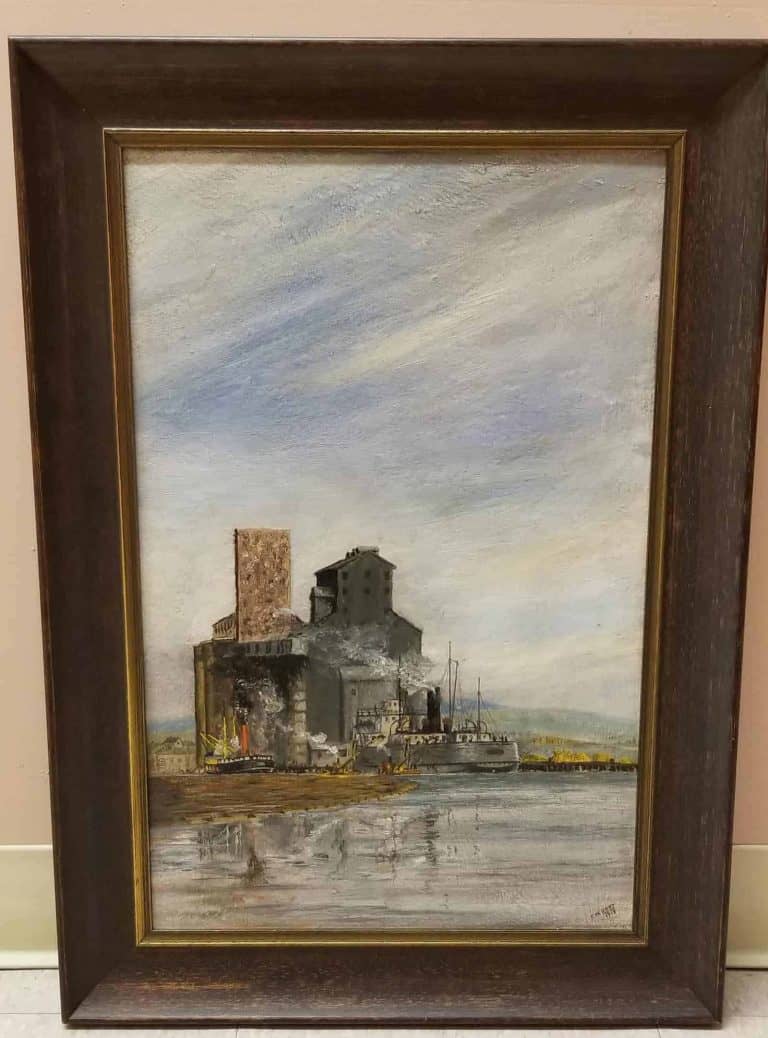 Depicted in this painting is a typical scene of the Port Arthur waterfront as it was a century ago. In the foreground are steamships awaiting cargo, a tug, and a log boom, representing a time when timber was still floated across Lake Superior to pulp mills and sawmills. In the background looms the Horn elevator, originally the King Elevator, the first of many at the Lakehead. It was constructed in 1883 just as the CPR was completed to the west. The elevator was replaced by a concrete structure in the 1920s, on what is now the site of Manitoba Pool #2, the nearest grain elevator to the north of Prince Arthur’s Landing.

Wavell Urry was the son of Frederick Urry, one the Lakehead’s prominent labour activists. In 1918 Wavell was waiting to be called up for the Great War, and passing time by painting scenes of the area’s life, industry and landscapes. The War ended before he was conscripted.