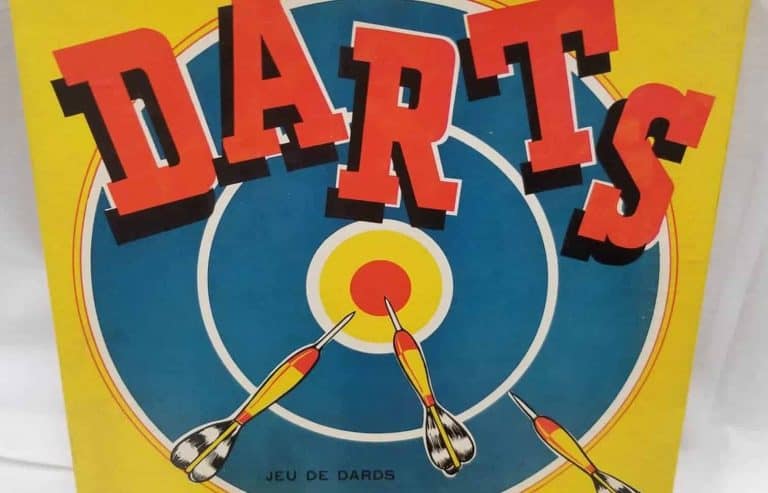 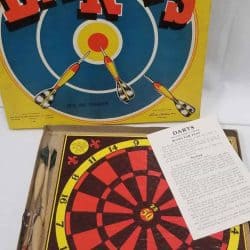 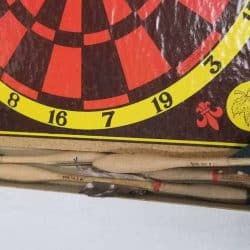 This is the game of “Darts” from around 1965 and was created by Copp Clark Publishing Co. Ltd.

This game came from the medieval times when people used to throw darts, spears and javelins. They would also be thrown at enemy ships. They used to be used for weapons, not the game we see today.

The modern dartboard was created in the 1920s in England.