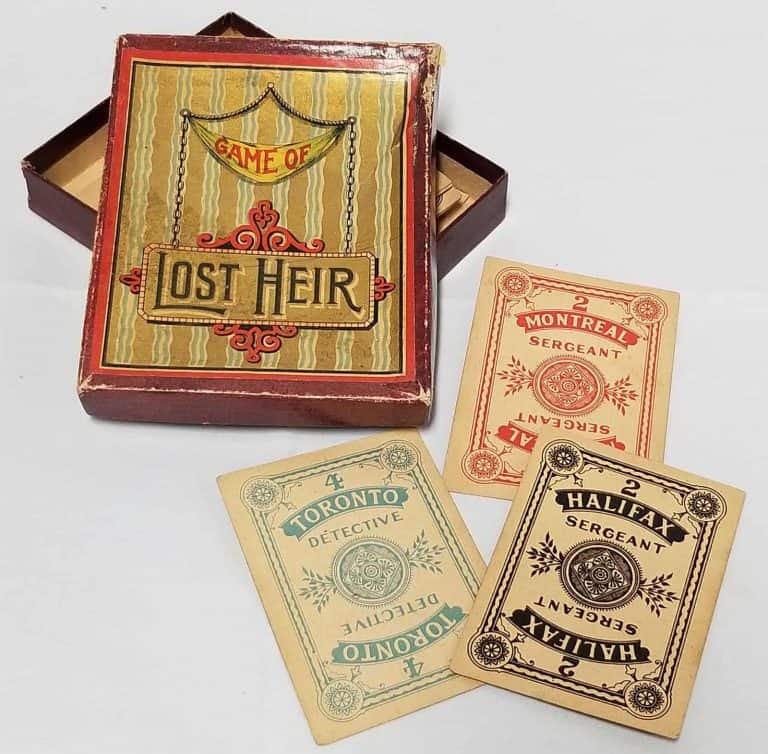 This is the complete set of the “Game of Lost Heir.”

This game includes the instruction and all thirty-two playing cards. The concept of “Lost Heir” comes from a popular British novel.

This version of the game was manufactured by the Canada Games Co. Ltd., in the 1920’s. There are four major Canadian cities featured: Toronto, Halifax, Winnipeg, and Montreal.

The object of the game is to use the police force to locate the lost heir.