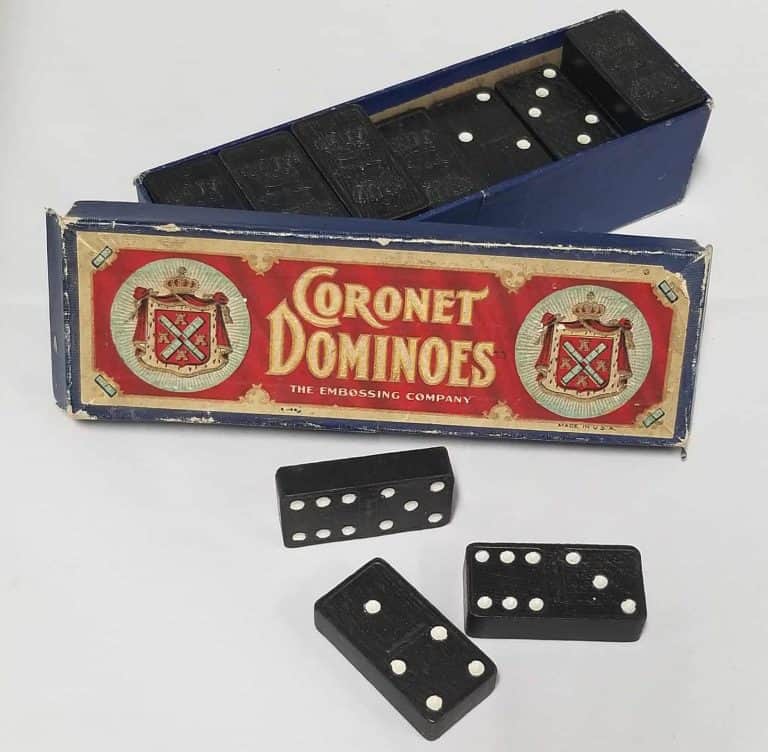 A set of 28 black wooden dominoes in a carrying box.  The box is blue and the label in red with two coats of arms saying Coronet Dominoes, The Embossing Co. Made in the U.S.A.  There is also a yellow coloured instruction booklet on how to play dominoes.

Dominoes is a title-based game with mentions of it in China and Italy.  The tiles are also known as ‘bones’ and the game is based around the dots on the dominoes.